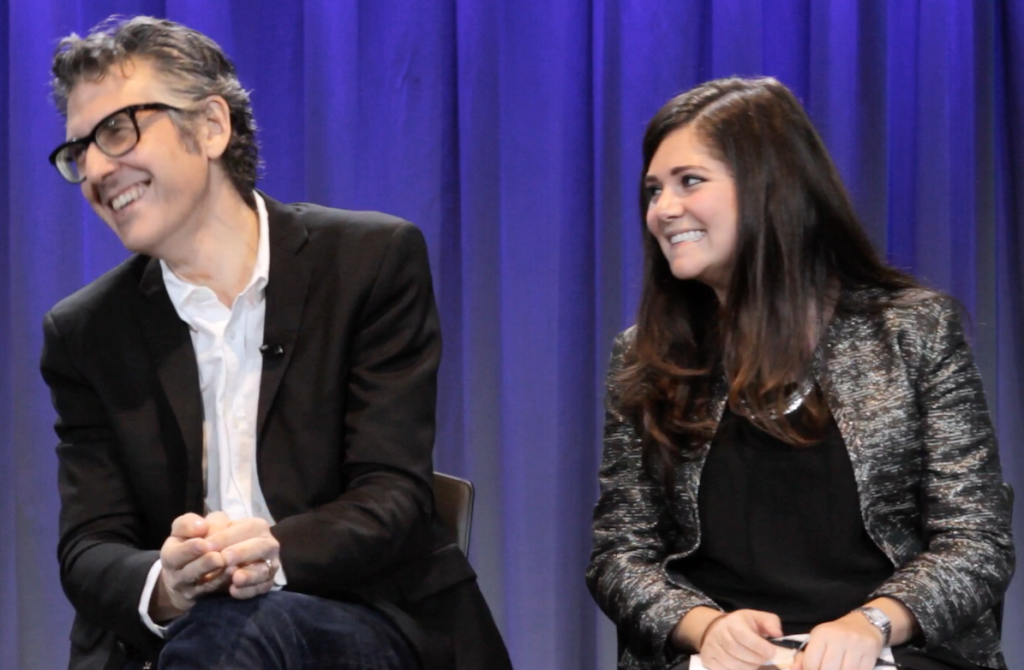 Ira Glass from This American Life

Ira Glass was in the neighborhood.

He didn’t have a book to sell or a movie to promote. He’s best known as the host of This American Life, which this past July aired it’s 500th episode. 1.7 million listeners know this guys voice.

Ira Glass is also the winner of The Edward R. Murrow Award for Outstanding Contributions to Public Radio, The George Polk Award in Radio Reporting, and The Medal for Spoken Language from the American Academy of Arts and Letters.

If you believe his Wikipedia page, “Ira Glass participated in the Drunk Show at the Eugene Mirman Comedy Festival, during which Glass became so drunk he blacked out and vomited backstage.”

So, we’re thinking a well-rounded guy.