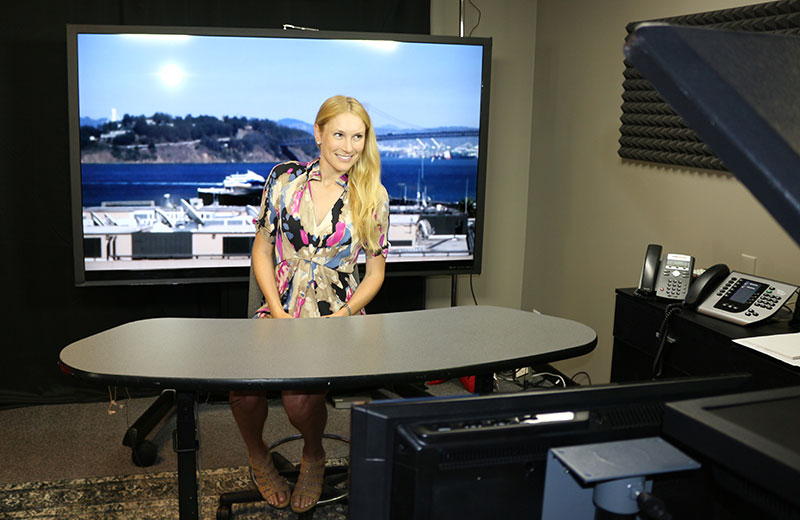 Wishing you an amazing 2018! Now for the news we have to share with you…

In May, MediaOne Studios was bought by DigiPowers, a digital marketing and software development company (more on that later). Shortly after, we moved! We now have a sparkling new video production HQ at 333 Broadway (between Sansome and Montgomery) in downtown San Francisco, complete with a rooftop deck with a view of the Bay Bridge Lights (the inauguration of which we live streamed back in 2013, in a rainstorm).

We now have 3 studios, and like buying a t-shirt, they come in small, medium and large. A “small” single-camera video production studio with a display for custom backgrounds or even a green screen. A “medium”,  multi-camera studio, lit and ready with white seamless, some RGB lights to match your branding. Or black seamless, or virtual sets (yes, so that means green as well if you just want green). And a “large” to say the least, 2500 square foot stage with a 3-sided 22×40 hard cyc and a loading door big enough to drive a truck through.  We worked with Intel on 3D capture, so if new technology is of interest to you we have you covered.

So there is a bunch more to fill you in on at MediaOne and Digipowers, too much to put in one email without it being as long as “Harry Potter and the Deathly Hallows”. We’re on Facebook, Youtube, Twitter, Instagram. You can follow along!